The Gobi Desert takes a toll on Arkadiusz Lindner 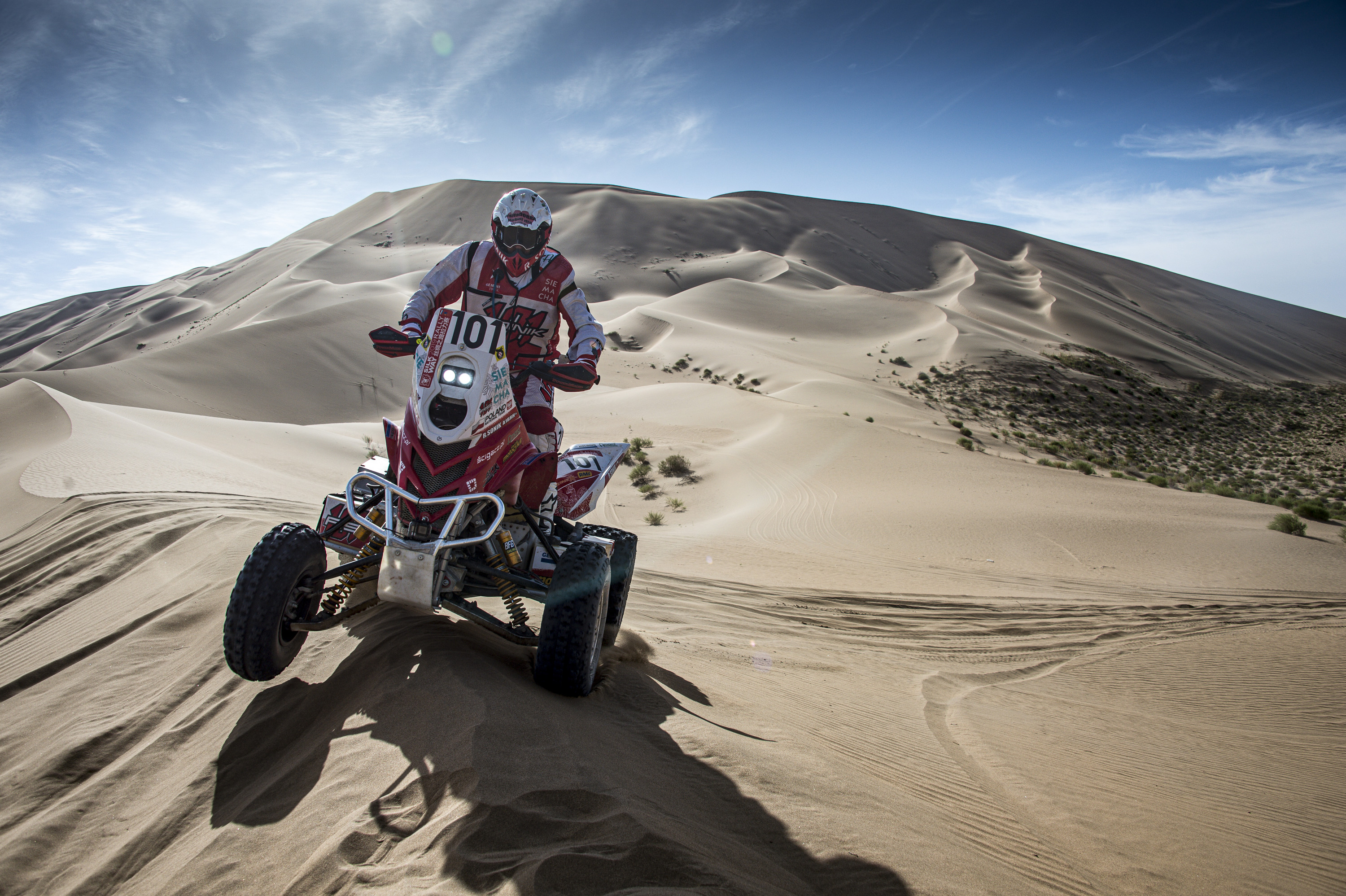 Next to the Dakar Rally and the Rally Dos Sertoes, the Silk Way Rally is one of the longest cross-country rallies in the world. As days go by, racing across the Asian wilderness is becoming more and more challenging. On the ninth day, the intensity of the competition affected a Polish quad driver, Arkadiusz Lindner, as well as other participants. Lindner was retrieved by a helicopter after having an accident en route. Rafał Sonik spent almost half an hour providing immediate assistance to his team colleague.

This year’s edition of the Silk Way Rally seems to get harder with every day as the finish line gets closer. The last days were marked by spectacular crashes of drivers, like Joan Barreda and Sam Sunderland. On Sunday, the Belarussian leader of the truck category, Sergey Vyazovich, rolled over in the dunes and dropped out of the competition.

On Monday, the participants’ perseverance was to face another serious challenge. The first part of the special stage forced the convoy through a vast sandy area filled with small, cut dunes covered with shrubs and tall grass. “That part cost us a lot of strength and energy. The terrain was as nasty as yesterday, and navigation demanded a sharp focus. The heat was unbearable. I bet that brutal exhaustion led to Arek’s accident,” commented Sonik at the finish line.

The leader of the Silk Way Rally was driving about 200 m behind his team buddy when he lost sight of him behind a hill. Once he approached the spot, he saw Lindner laying on the ground next to his quad. “I stopped right away. Arek was unconscious so I tried to resuscitate him. I pressed the red button on his quad which signals an accident with bodily injuries and called a medical helicopter. I sprinkled water onto his face and neck, sheltered him from the sun, and after a while, he began to regain consciousness. He didn’t remember much so I don’t know how the accident happened. He was complaining of pain in his leg, shoulder, and pelvis. I stayed with him until the helicopter arrived,” reported the Polish driver.

In the hospital, Arkadiusz Lindner was diagnosed with a pelvic bone fracture which means the early end of the promising World Cup season. Rafał Sonik continued on the road, remaining more cautious until the very end. “When something like this happens, you’re not able to keep the speed. On the contrary, there is a tendency to decelerate, think twice about every move, and drive safely. Especially since, at that point, the cars and trucks got ahead of me. Consequently, the rocky, second part of the stage had already been destroyed and filled with traps like loose stones, crushed rock fragments, pits, and cracks. Mistakes were waiting to happen,” Sonik described, visibly exhausted and sad.

The ninth stage was claimed by Aleksander Maksimow, who gained a 4-minute advantage over the Polish champion. This means that “SuperSonik” remains almost two hours (1:47.51) ahead of his Russian opponent before the last, 556 km long stage. The last stretch to Dunhuang on Tuesday will take the caravan across beautiful, wide dunes. The special stage is planned for 255 km.