Rafał Sonik and the conquest of Mongolia 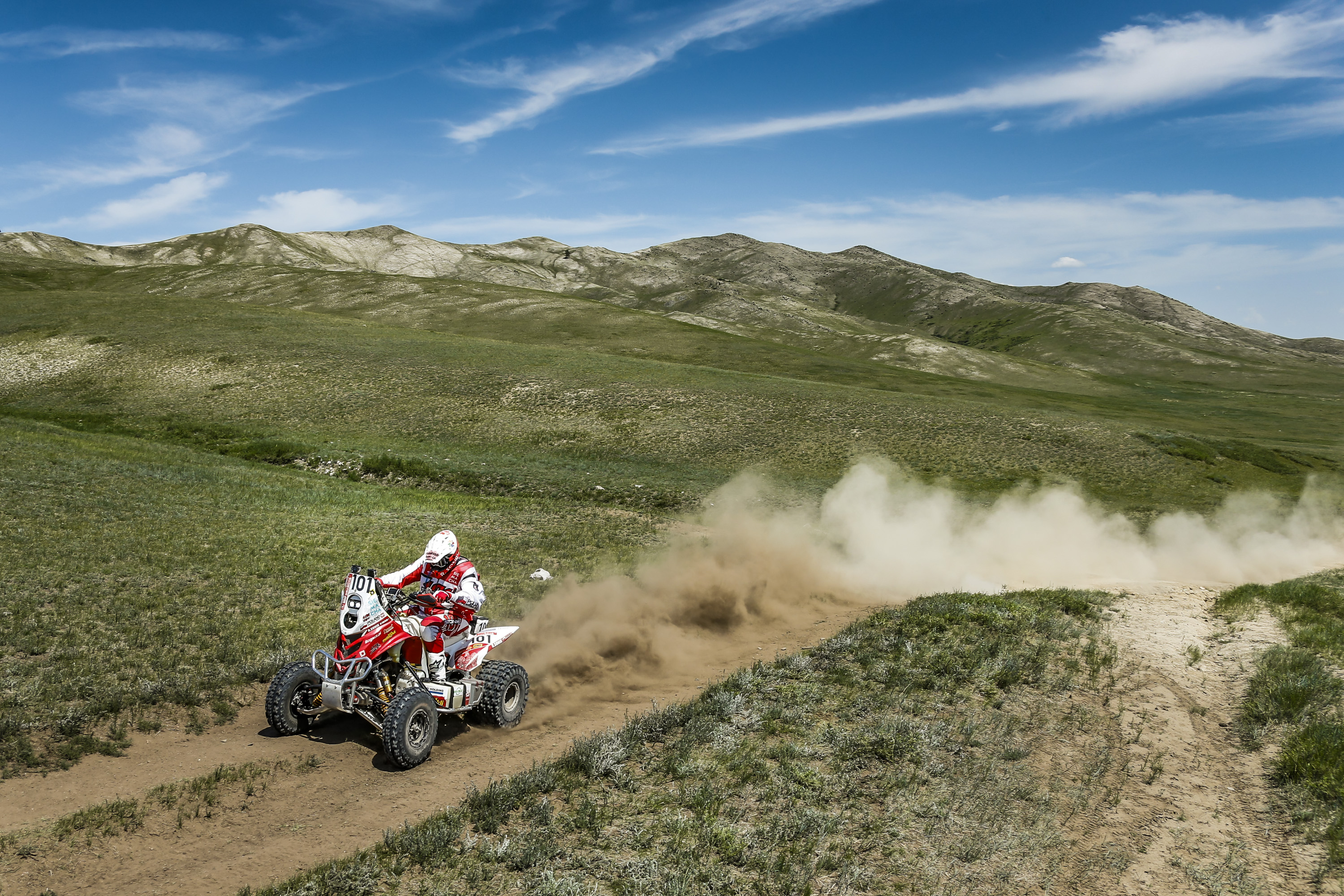 During the first Mongolian stage of the Silk Way Rally, Rafał Sonik left his rivals behind. The leader of the quad category felt in his depths in the steppes of Genghis Khan. Winning two stages in a row, he secured his first position in the general classification. Arkadiusz Lindner was out of luck, reaching the finish line with a three-hour delay due to his vehicle breakdown.

After two days of racing in Russia, the participants woke up at the crack of dawn to set off on the 450km-long transfer road. The special stage began across the Mongolian border. The race started at high noon in completely different surroundings. The caravan left the muddy taiga and entered vast steppes bounded by gentle hills. On one hand, you could increase your speed, on the other, the area provided many navigational challenges. While the race took place on wide dirt roads, in many places, a wrong turn would cost several precious minutes.

This type of terrain was right up Sonik’s alley. “It was an excellent, technical stage. The roadbook had been very well prepared and the section beautifully planned. The landscape was stunning. I wouldn’t mind driving 200-300km more of it,” said Sonik, obviously satisfied after finishing the stage.

The 7-time FIM World Cup winner left his opponents behind, increasing the advantage over his most serious rival, Aleksander Maximow, to almost 25 minutes. “The surprising part was that I drove all 234 kilometres of the stage completely alone. Every now and again, I saw the dust left by the motorbikes riding ahead of me but no one passed me. It means I maintained a good, steady tempo, keeping up with the bikes.” concluded the winner in the quad category.

However, despite his excellent tempo and significant advantage, the Polish champion didn’t put the pedal to the metal. “I was able to maintain good, racing speed for long stretches of the stage. I remained very cautious though, not to lose control over the vehicle and damage it. After all, it is only the beginning of the rally,” asserted Sonik.

The 470-kilometer marathon stage, which is scheduled on Wednesday, is the longest special stage of the rally. After leaving Ulaanbaatar and six kilometres of the transfer road, the contestants will race until the bivouac. Since will not be able to use the help of their tech teams, all necessary maintenance work is on them.