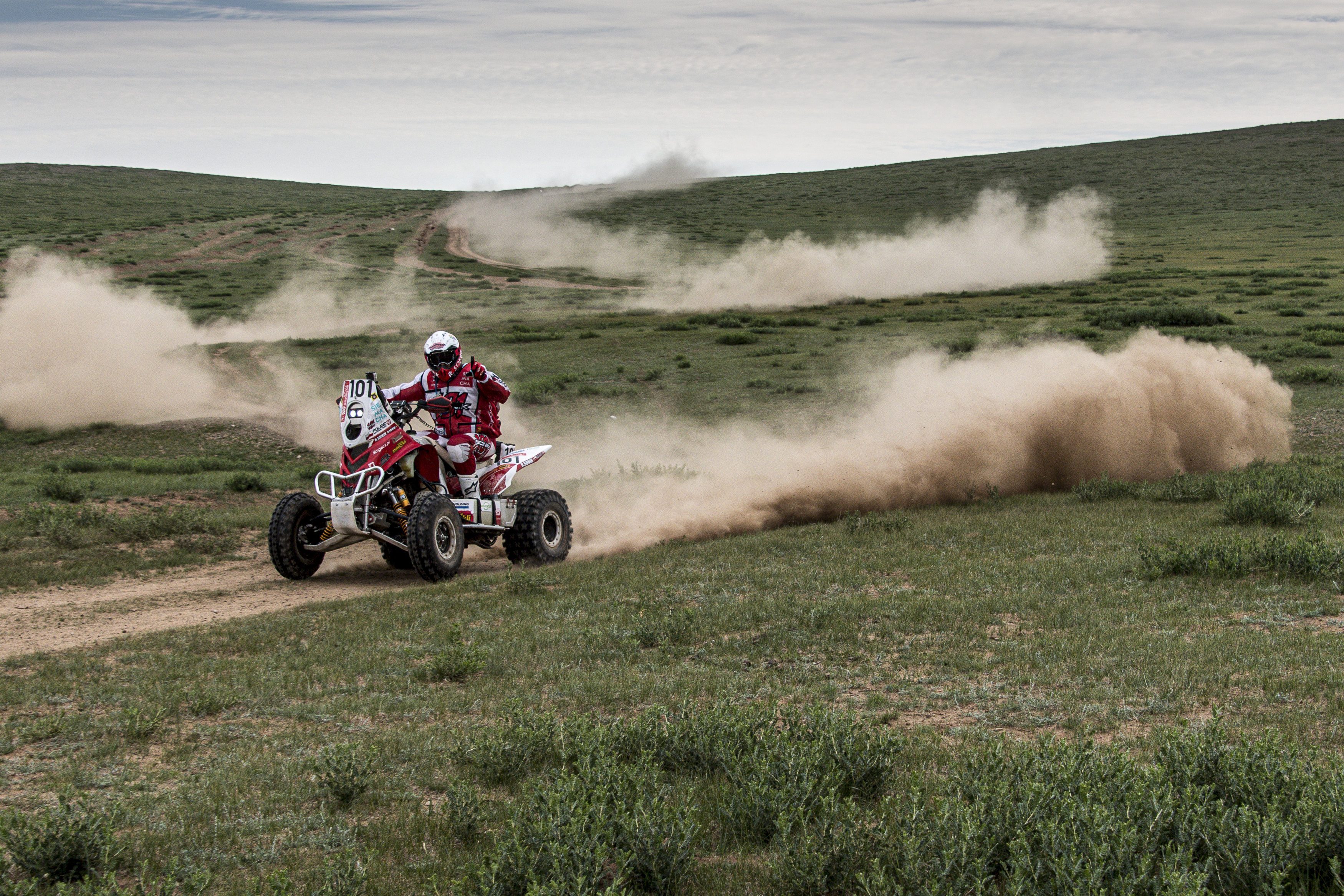 Four days have passed and there are two clear leaders of the Silk Way Rally. Nasser Al-Attiyah blazes through one stage after another, keeping the lead in the car category. Rafał Sonik has no equals in the quad class. On Wednesday, the 7-time winner of the FIM World Cup was the fastest again. After the longest of special stages, he reached the finish line one hour before his most serious opponent.

“A stage like this is a big deal,” Rafał Sonik was excited to face 470 kilometres of the Mongolian wilderness, west of Ulaanbaatar. “The particular sections on this route are very fast, so there can be big time differences between the motorbikes and us. However, you can’t lose your focus even for a moment. The priority of marathon stages is to look out for yourself and your vehicle. So the slogan for today is caution, more caution, and a good tempo!” announced the Polish driver before the start.

Looking at the starting list of the fourth stage, the experienced Polish driver was able to predict what would happen later on the road. Motorcycles and quads are participating in the Silk Way Rally for the first time in its history, and the organizers failed to plan enough time between the last motorcycle and the first car entering the steppes. As a result, Nasser Al-Attiyah passed „SuperSonik” after 230 km, and the first trucks overtook him during the pit stop.

„The second part of the stage turned into a struggle for survival. Whenever I heard an approaching car or truck, I had to pull over, stop, and wait for it to pass and then, for the dust to settle. I might have lost some time but the priority is to be safe, especially during marathon stages. Some drivers went right after the cross-road giants and that haste was one of the reasons why Max Hunt fell into a ravine and was taken away by a helicopter… I hope he’s fine because some parts of the route were very dangerous,” reported the leader of the rally.

Despite the difficulties, the Polish Yamaha Raptor reached the marathon bivouac in Ulaanbaatar unharmed. A puncture cost Aleksander Maksimow over an hour which means he’s now losing an hour and a half in the general classification. Unfortunately, Arkadiusz Lindner ran into technical problems again. On Tuesday, he was able to tackle the distance with only three wheels but on Wednesday, he was forced to turn to the organizers for assistance. The second contestant from Poland will be able to continue on the race but not without facing a significant time penalty.

After six hours on the special stage, Rafał Sonik had only one hour to conduct all necessary maintenance work before he moved his vehicle into a closed area. „I changed the air filter, all clogged up after the dusty ride, checked the fluid levels, chain tension, tire pressure, and the condition of sprockets. In short, I checked everything to be able to enter the next special stage without stress tomorrow,” summed up Sonik with optimism after the fifth, 365km-long stage.