Sonik moves up along with a stowaway 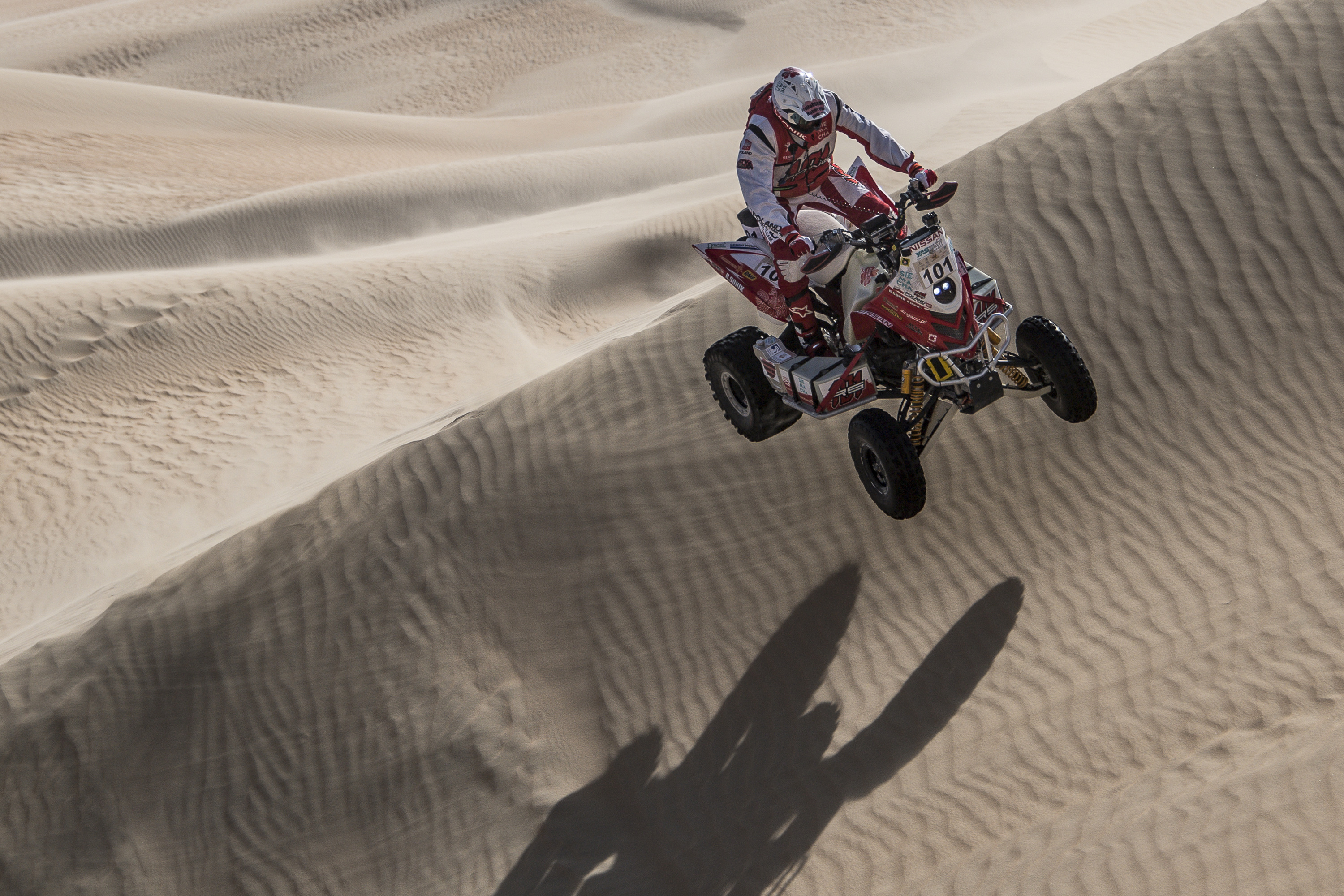 A day before the completion of the Abu Dhabi Desert Challenge, Rafał Sonik regained his runner-up position. The Pole checked in at the finish line right after Fahid Al-Mussalam, who became a new leader of the competition. Interestingly, Sonik was pestered by an unusual stowaway for almost half of the stage.

Om Wednesday, Sonik set off on the special stage a few minutes after his most serious opponents, which helped him to make up for the loss to Aleksander Maksimow. The winner of the challenge from two years back remained outside Sonik’s reach. The Kuwaiti handled the tremendous heat of that day with less difficulty and left the Slavic drivers far behind, gaining a few-minute advantage.

“I must admit that I got a bit overheated during the second part of the SS. I drove all day alone, with no motorcyclists around, and consequently, with no point of reference. Several of them couldn’t stand the heat and chose to keep in the back instead of participating in the navigation hassle in the front. Therefore, I am really glad that, in spite of the arduous temperature conditions and driving on my own, I managed to keep a steady tempo and overtake Maksimow in the general ranking”, admitted the Pole.

The scorching sun and blasts of blazing hot air rising from the desert surface were not the key problem for Sonik. It was… an unexpected stowaway. “While I was refueling, I failed to notice a tiny fly getting into my goggles. It was cruising up and down the shield for 140 kilometers, brutally challenging my ability to focus on the road. I tried blowing it out of there while speeding, but eventually, we parted at the finish line. Stopping was not the best strategy because I would have lost too much time”, explained the quad driver.

The 7-time FIM World Cup winner knew very well what he was talking about. He was 17 seconds ahead of Aleksander Maksimow at the finish line. The Russian racer did receive a one-minute penalty which increased Sonik’s advantage, but “a fly-stop” along the way would most likely mean losing points in the general classification.

Still,  Sonik keeps a real chance of winning the last special stage of 214 km. “Four days are done, but I still have a lot of stamina left for the fifth one. I might have left gallons of sweat in the desert today, but I’m planning to keep the ball rolling tomorrow”, concluded Sonik.