Untroubled and successful kickoff for Sonik 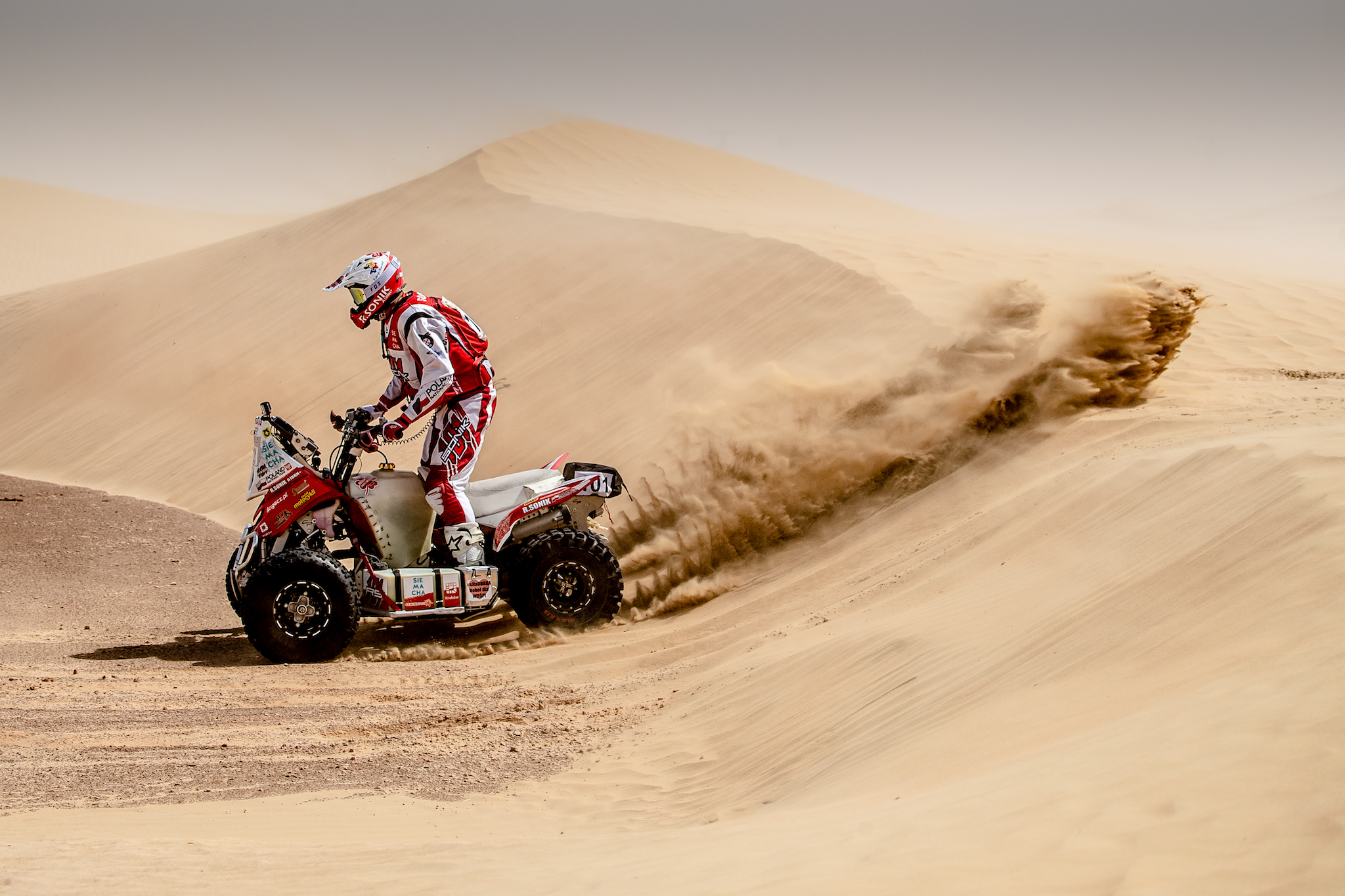 Rafał Sonik secured second time in the first round of the Abu Dhabi Desert Challenge. The 7-time FIM World Cup winner was barely one minute short of the Kuwaiti driver, Fahid Al-Mussalam, which put him in high spirits; he was able to make more than a decent start to the rally without pushing to the limit.

“There hasn’t been a drop of rain around here for many months now. What’s more, vicious winds welcomed us at the start, entirely transforming the landscape, which made the navigation much more troublesome. A number of desert paths that we were supposed to take had disappeared, and the sand whirling around us was impeding the view of those driving ahead”, reported Rafał Sonik, asserting that his main priority was to remain cautious in the challenging conditions.

Other quad drivers took on a similar strategy, finishing the first part of the stage almost simultaneously and checking at the pit stop at short intervals. At that point, the scorching sun and heat were added to the bunch with the temperature reaching 42C.

“I had to face the last 80 kilometers with no water in my camelback. My tongue was dry and swollen when I finally reached the finish line, I had a terrible headache, and I was sore after a hard landing from a wind-cut dune. Nevertheless, I strived to keep the pace and, just by looking at the results, one may say that my rivals took a bigger blow”, concluded Sonik with content.

The stage was claimed by the 2017 winner, Fahid Al-Mussalam. The Kuwaiti has built a small lead over the Pole and Aleksander Maksimow who was only one second behind Rafał Sonik. “Above all, I take great joy in being able to race again. I’ve learned to be happy about little things, like the fact that I got refueled straight from a fuel tanker and not from a gas can like two years ago. Back then, the fuel was contaminated and made me lose 30 minutes at that stage. This time around, it was a sheer pleasure despite the lack of water by the end”, “SuperSonik” wrapped up his report.